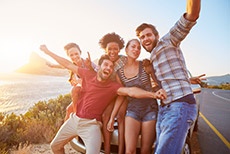 Earn $50 for every friend you refer 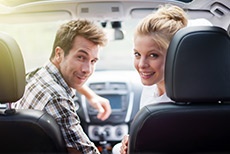 Get Started
Login or Enroll in Online Banking
Banking Notice

Organized in 1938, GreenState has grown to be Iowa’s largest credit union and one of the top financial institutions in the United States for returning profits to members in the form of better rates and lower fees.

GreenState Credit Union serves over 300,000 members with 23 office locations. Membership is open to:

We encourage you to explore our site and learn about all we have to offer, our most recent welcome guide is also a great resource. Better yet, stop in any office location or call us. We would enjoy the opportunity to show you why GreenState is your best choice for financial services.

GreenState exists to serve its members.

Our “members first” philosophy has led to a national rank by independent research firm Callahan & Associates for Return of Member (ROM). This measures how effectively a financial institution returns its profits back in the form of better rates on deposits and loans. For nearly a decade, GreenState’s ROM rank has consistently been in the top 1% up against more than 13,000 banks and credit unions nationwide.

GreenState exists to serve the community.

We volunteer time and donate funds to support the local organizations and charities that help our communities thrive. We provide financial education for area schools and businesses to help residents grow and make smart money decisions.

We’re committed to strengthening our communities and improving the lives of our members.

Our Vision, Mission, and Values

We create lasting value for those we serve.

As the nation’s greatest financial institution we…

GreenState Credit Union is a member-owned financial cooperative. As so, our Board of Directors serves the membership in a volunteer capacity. This section provides you with information on GreenState Governance and introduces you to each of our Board Members.

Fred Mims is a former Associate Director of Athletics with the University of Iowa Department of Intercollegiate Athletics. Before his retirement he also served as the Interim Director of the University of Iowa's Center for Diversity and Enrichment. Fred was first elected to the UICCU board in 2001 and currently serves as the board's chair. He has been involved in numerous civic activities including the boards of Neighborhood Centers of Johnson County, MECCA, Hawkeye Area Council of Boy Scouts of America, the Iowa City Chamber of Commerce, the Community Corrections Improvement Association and the Iowa City Human Rights Committee. Fred is a current judicial appointee to the Iowa Sixth Judicial District Department of Correctional Services. On the national scene he has served on the boards of the National Association of Athletic Academic Advisors, the Big Ten Conference Sports Management Committee and the NCAA Division 1A Certification Committee. Fred has received numerous recognitions for his service including being the recipient of the University of Iowa's Distinguished Catalyst Award, recipient of the NCAA Division 1A Athletic Directors Association's Dr. Gene Hooks Award and recognized by the African American Museum of Iowa. Fred and his wife Susan have four children.

Laurel Day is the Executive Administrator to the Superintendent and Board Secretary for the Cedar Rapids Community School District Board of Education. She has served in that capacity for the past 22 years and thoroughly enjoys the rewards that come as an administrator and public school advocate. She is a former Human Resource Generalist for the United States Department of Justice/U.S. Trustees and Associate Dean of Admissions and Financial Aid at Coe College. Laurel has served on the boards of United Way of East Central Iowa, the Rotary West Club of Cedar Rapids, the UICCU Linn County Advisory Board, and is a proud alum of the Leadership for Five Seasons. Laurel was elected to the UICCU board in 2011 and currently serves on the GreenState Credit Union Executive Committee as Secretary. She also serves on the Cedar Rapids School District Foundation Board of Directors and the Cedar Rapids Freedom Festival Board of Directors. Laurel’s family include her husband, Tom, also a CRCSD school administrator, and their adult twin daughters. Together their family enjoys the arts, travel, gardening, and supporting local music and school activities.

Drew Denning recently returned to Ankeny, Iowa, after 4+ years with Well Fargo Advisors in Saint Louis as a Senior Vice President - Retirement Strategist. Prior to this, he spent 26+ years at the Principal in Des Moines as Vice President - Retiree Services Group. Both positions were focused on providing advice and education to individuals and their financial advisors on how to best prepare for and live in retirement. He obtained both his undergraduate degrees in Management and Finance as well as an MBA from Drake University. He spent 16 years as a Board member for Premier Credit Union (formally, Principal Financial Group Employee’s Credit Union) having served in the roles of Chairperson, Vice-Chairperson, and President. He was an active member in the greater Saint Louis Habitat for Humanity program and after 16 years, is still active with the Knights-of-Columbus organization focusing on programs benefiting individuals and the community. Drew’s family includes his wife Jane (CPA) and their two children, Matt (attorney) and Maggie (financial services), who live in the Des Moines area while Jane and Drew reside in Ankeny going on 30 years.

MJ Dolan serves as the Executive Director of the Iowa Association of Community College Trustees, which advocates and provides leadership education for Iowa’s 15 Community Colleges. In the past, Dolan has held a wide range of leadership roles for prominent Iowa companies such as Risk Manager for Mercy Medical Center and Corporate Trust Officer for Wells Fargo. Dolan served in the office of Governor Terry Branstad before moving to Iowa Association of School Boards where, over a period of twenty years, she served the school board in various capacities for Iowa’s Schools and Community Colleges. Dolan is a licensed attorney who holds a Bachelor of Business in Finance and as well as a Juris Doctorate with honors from the University of Iowa. Dolan has three children and in her free time enjoys visiting them as well as engaging in philanthropic work. She has served on a wide variety of boards for various community interests.

Lynsey Engels is president of Mel Foster Co.’s real estate brokerage division. Prior to advancing into this role in 2013, she was a Realtor® for 12 years. As president, she spearheaded the modernization of several of the company’s offices into boutique style spaces that integrate technology and utilize flexible workspaces for agents who work remotely. Lynsey is currently serving on the board of directors for the John Deere Classic, Trinity Foundation, GreenState Credit Union, and is involved with the Grant Wood Elementary School PTA. She coaches in the Bettendorf Soccer Association, is a sustaining member of Junior League of the Quad Cities, and a member of Brainstormers, a real estate industry group. As co-chair of Color the Quad Cities 5K run from 2013 to 2016, she helped raise over $250,000 for charities that serve children and families in the Quad Cities. She has been instrumental in raising funds for the Robert Young Center Children and Adolescent Services to help make a difference for children and families struggling with depression, anxiety, and suicidal thoughts. From 2005 to 2009, Lynsey was a Make-A-Wish gala committee member and wish grantor. She volunteered for Junior Achievement from 2005 to 2009. In 2007, Lynsey was recognized as a Quad City Area Leader under 40. Lynsey and her husband, Marc, have three daughters and live in Davenport, Iowa.

Loras Neuroth is a retired property-casualty insurance owner and CEO of Independent Insurance Services of Iowa, out of Marshalltown, Iowa. Loras has served community through varied board memberships and leadership positions, including: Marshalltown Area Chamber of Commerce, Marshalltown Area United Way, Marshall Economic Development Impact Committee, Marshalltown Medical and Surgical Center, State of Iowa Historical Museum Foundation, Marshalltown YM/YWCA, Martha Ellen Tye Foundation, Salvation Army, Rotary, Quakerdale and Pinnacle Bank and Trust. He is currently a resident of Coralville and president of Grantview Estates Part Three Homeowners Association. He and his wife, Karen, are members of the Founders Club in support of the Newman Catholic Student Center at the University of Iowa. Loras enjoys biking the excellent local trails in the local communities, and is an easy mark at Finkbine and Brown Deer golf courses. He and his wife are blessed with two daughters and three grandchildren, and enjoy traveling and spending time with family in Chicago, Florida and Austin, Texas.

Andre Perry serves as the Executive Director of The Englert Theatre, a 106-year old performing arts space in the heart of downtown Iowa City. He is also the co-founder and producer of the Mission Creek Festival (est. 2006), a week-long exploration of performance, literature, and community events that inhabit established venues as well as non-traditional performance spaces in Iowa City. Perry also collaborated with local partners to create Witching Hour (est. 2015), a two-day fall festival that explores the unknown, discusses the creative process, and presents new work across a variety of disciplines. Perry received his MFA from the Nonfiction Writing Program at the University of Iowa. He is also currently serving on University of Iowa’s Graduate College Advisory Board.

Mark Rolinger graduated from Cedar Falls High School in 1984, and graduated from Wartburg College, where he played Varsity Men’s Basketball, with a B.A. in Accounting in 1988. He earned his law degree from the University Of Iowa College Of Law in 1991. Mark joined the law firm of Redfern, Mason, Larsen and Moore, P.L.C., in 1991 and has been a partner in the firm since 1994. He is married to Lisa Rolinger and has three daughters – Abby, Allison, and Clare. Mark is a member of the Black Hawk County Bar Association, the Iowa State Bar Association (member of Business Law, Probate and Trust Law, Real Estate and Title Law Sections), and the American Bar Association. His law practice areas include corporate law, business transactions, estate planning, trust and estate administration, and real estate. Mark is currently the Treasurer of the Black Hawk County Bar Association and serves on the Professional Advisors Committee of the Northeast Iowa Community Foundation. He previously served as President of the Northeast Iowa Community Foundation has also served Iowa Heartland Habitat for Humanity as board member and past President, Blessed Sacrament Catholic Church, Wartburg College, and the University of Northern Iowa.

Dave Wright was born and raised in Iowa and began his automotive career after serving in Desert Shield through ROTC at the University of Northern Iowa. In 2004, Wright and his family moved to Cedar Rapids and purchased what is now Dave Wright Nissan Subaru. He has served on numerous non-profit boards as well as private sector Board of Directors and city, county and state advisory boards. He continues to serve his community through several charities, most recently KCRG’s Show You Care. Other recent notable awards include, Best Dealership to Work For – six years in a row, Innovative Dealer of the Year, Man of the Year, Outstanding Volunteer of the Year and Outstanding Business Partner of the Year. Dave’s family include his wife Patty, a former school teacher, and their three children.

We've made our most recent Annual Report easily accessible. To view it please see below: